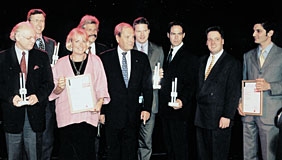 This website is based upon the radio feature Looking for Max broadcast by Hessische Rundfunk. Max Kämper was a German engineer, who came to Kentucky as a tourist in 1908. Initially he wanted to stay only for a few days, but the impressive Mammoth Cave fascinated him so much that he stayed on. Eight months later he had explored and mapped over 30 miles of the cave. His unbelievably precise map is still considered a marvel of cartography. Who was Max Kämper, why did he draw this cave map? What happened to him after his trip back to Germany? The jury considers this website a wonderful example how little stories which don’t draw worldwide attention can be popularized on the internet. It is an excellent example of how a radio feature can be supplemented by a very exciting website worth a visit.